"Someone I loved once gave me a box full of darkness.
It took me years to understand that this, too, was a gift.”
― Mary Oliver, Thirst

Christine Christie originally worked in a therapy centre in University Street for 18 years, and Colin Durling soon joined the team there. When we moved to Abbotsford Institute to provide a wider range of services we were joined by Colin Hughes among others. Abbotsford recently closed after 10 years, and the three of us moved nearby to Elmwood Avenue to continue practising as therapists. 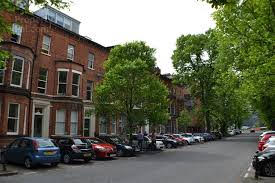 B.Sc. (Hons), UU; M.Med.Sc. (Psychotherapy), QUB; M.Sc. Group Analytic Psychotherapy, UCD; Diploma in the Use of the Group as the Medium for Supervision, IGA, London.

Christine Christie has been in private practice for almost 30 years and is an accredited Psychoanalytic Psychotherapist, Group Analyst and Supervisor. She is a member of the Northern Ireland Institute of Human Relations (having been on the Committee for many years), the Irish Institute of Group Analysis, (both organisational members of the Irish Council for Psychotherapy), a member of the British Association for Counselling and Psychotherapy since 1992, and is an Accredited Balint Leader with the UK Balint Society.
She taught at Queens University for many years on Counselling and Psychotherapy courses from introductory to Masters level and continues to run workshops and present papers at conferences.

Colin Hughes completed his Cognitive Behavioural Psychotherapy training at the School of Nursing and Midwifery over 10 years ago, shortly thereafter becoming fully accredited with the British Association of Cognitive Behavioural Psychotherapists (BABCO). He has an interest in all anxiety disorders including OCD, GAD, PTSD and Health Anxiety as well as low self esteem, sleep problems and depression. In addition he has trained to level two in Schema Mode therapy and Advanced Mentalisation. He has presented at various national and international conferences on various topics in CNt/P as well as having co authored the well received book “CBT for Mild to Moderate Depression and Anxiety’.
tel: 07745 059443
email: colinhughestherapy@live.co.uk

Colin Durling began his Homoeopathic training in 1992 with the Burren School of Homoeopathy and gained the Licentiate in Classical Homoeopathy, In 2000 he commenced Acupuncture training which included clinical training at the University of Nanjing in China, where he also studied Tui-Na, Moxibustion, Cupping, Patent Herbs and Electro-Acupuncture. He graduated with the Diploma and Licentiate in Traditional Acupuncture from the Acupuncture Foundation of Ireland. Colin is the only practitioner in Ireland to use these approaches in tandem.
He has also been in house therapist at Springhill Community House since 1993. His clinical approach is broad spectrum including adults and children, and his practice over time has developed a special interest in the treatment of psychological and emotional issues.
tel: 07712 633272
email: colindurlingcolin@icloud.com